Anyone who has read my posts on cereal toys will know how disappointed I am that some countries got amazing toys in their cereal that we sadly didn’t get here in the UK. Well this is much worse. In 1979, Remco released a line of figures based on the monsters from the Universal movies, in the same scale as Kenner’s Star Wars figures. But they weren’t released here. I was born too late that I wouldn’t have seen them on shelves had they been released here, but getting hold of a set would be a lot easier and a lot cheaper now if they had been available in the UK.

Anyway, here’s an image of them taken from http://www.terrordaves.com (a fantastic site that is an appreciation of old creature flicks and other fiendish fancies). As you can see they look pretty neat.

I only own  Dracula, which I paid too much for. He doesn’t look anywhere near as neat as the examples posted above.

Well he doesn’t look terrible, but he does have a great big black ding of paint loss on his nose, which isn’t a great look for a vampyric lord of darkness. Anyway, he’s pretty much what you would expect from a vintage 3 3/4″ action figure, limited articulation and simple details. The cool thing about Remco mini monsters though, is that they made two versions of each character, a glow-in-the-dark version and a normal version. It was only when I came to take a photo that I realised that this one is actually a glow-in-the-dark version, only some of the glow-in-the-dark-ness has come off his face over the years.. 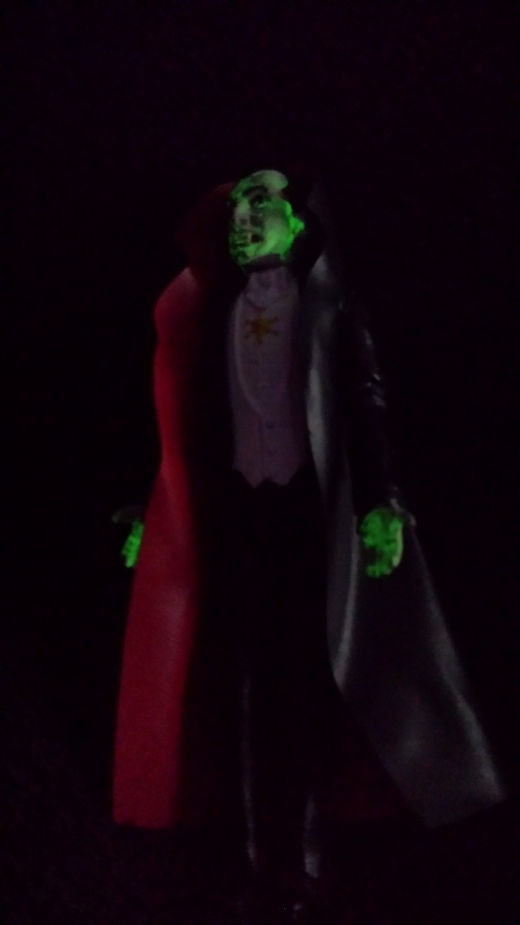 Because of the paint loss, he looks like a bit like a character that has just had the shit kicked out of them in Street Fighter II, when they are all bloody and disheveled looking.

Does anyone else agree there’s a similarity?

The only downside to Dracula is he’s a total bastard to try and get to stand up. The amount of times he fell over in the middle of me taking a photograph was unbelievable, but that is pretty much this figures only flaw. Perhaps I should have tried taking photos of him at night, when he’d be less likely to want to lie down.

The best thing about Mini Monsters are that they are the exact same size as vintage Star Wars figures which means that some amazing inter-galactic horror/sci-fi battles could take place! Or alternatively you could just make them stand around and talk about  where the best places to buy PVC capes are.

I don’t think I will ever get over the fact these figures didn’t make it to our shores. I doubt I’ll pick up anymore (As much as I’d  love a Creature from the Black Lagoon) due to their scarcity. Though it would be rad to make Vader square off against Frankenstein. We shall see anyway. There’s always next Halloween!

I think that’s another nail in the coffin of our Halloween Countdown anyway! Come back tomorrow for more terror!