Pokémon was a huge part of my childhood in the ’90s. What wasn’t to love about cute little monsters that turned into less cute monsters, all the crap to collect and the fact you could eat Pikachu shaped spaghetti shapes?

When I reached high school in 2001, it was definitely a lot less cool to like Pokémon, so I had definitely lost the bug by then. As such, there is a lot of interesting merchandise that passed me by, and these two figures are some of them. 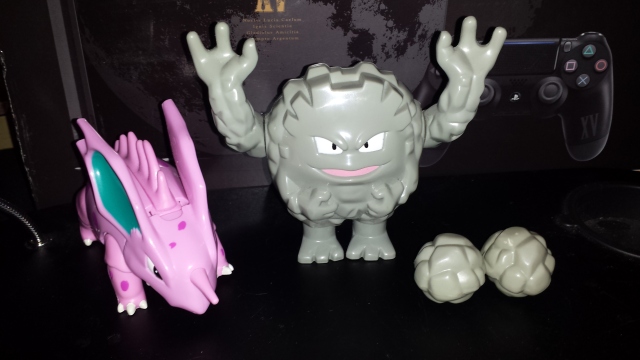 It’s Graveler and Nidorino, probably nobody’s favourite Pokémon. Now I really do like the size of these figures, and the fact they are chunky and have ‘action features’, but these two seemed to be made in a massive abundance. I actually remember seeing them in about 2005 in discount bins and stuff in Toys R Us. There were other figures in the line like an awesome looking Charizard figure that shoots fire projectiles, but they seem to be much harder to find. If look on eBay at this moment in time, someone is asking $40 for a loose Charizard, so although Graveler or Nidorino aren’t anywhere near as high on my list of favourite Pokémon as Charizard, they are certainly more affordable.

Right! Lets have a look at Graveler first. 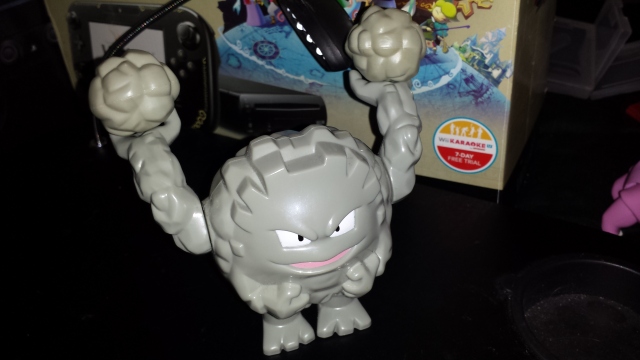 There’s nothing inherently bad about this Graveler figure, but he isn’t very exciting. Though he has four arms, only two of them protrude from his body as the other two are just part of his sculpt. He also comes with two plastic rocks which can be ‘thrown’ by placing them in his hands and pushing down on his body. Want to see it in action? Probably not, but here you go anyway.

Overall, it’s a neat toy and a step up from the little Tomy figures that I collected. But it’s not a Charizard. Anyway, here’s a look at other figure, Nidorino. He’s stood next to the Gameboy game so you get a sense of scale. 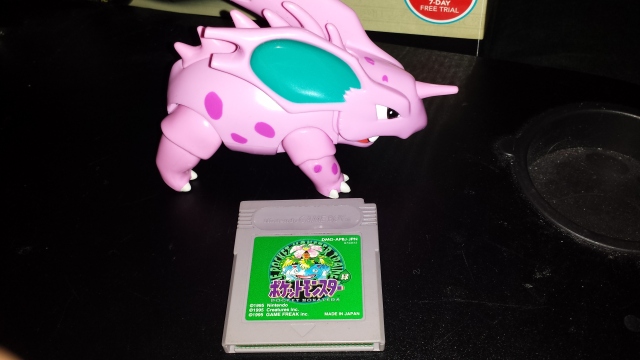 I’m definitely less impressed with this figure to be honest. I initially thought this was Nidoran, Nidorino’s unevolved form, I think because he looks too squished up. Nidorino always looked a little lankier than Nidoran, and I don’t think it really shows in this toy.

Sigh. It’s not great is it? It reminds me of toys you give to babies that you wind up and they move along for a few seconds or something. Oh Nidorino, why aren’t you a projectile firing Charizard? Or even a more badass looking Nidoking.

Though I really like what these figures were trying to do in terms of making Pokémon toys more ‘actiony’ like in the TV series, I think these two Pokémon are probably ones you don’t need to catch. But if you see a projectile firing Charizard, or even a Hydro Pumping Blastoise going cheap, hurl your Pokéballs at them with haste as they are probably a lot more interesting than these two.