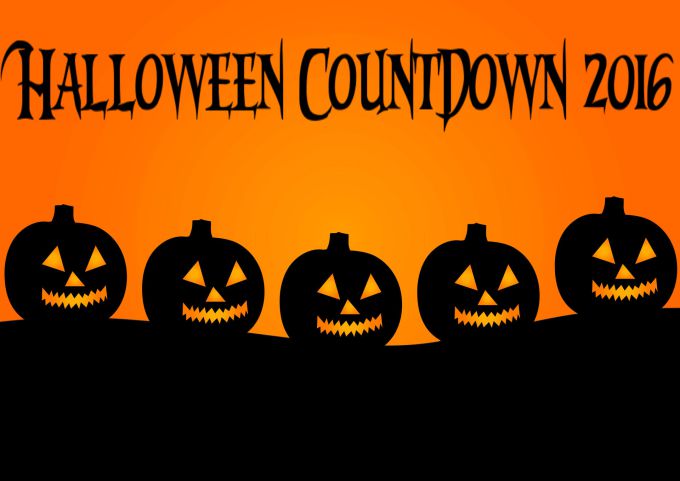 The Resident Evil series was undeniably awesome in the early days, back when the games were still obviously ‘survival horror’ and not just another generic third person shooter. Though the upcoming ‘Resident Evil 7’ looks like it might be steering back towards its suspenseful ammo hoarding origins. Whether or not the end result is a challenging survival horror game remains to be seen. We can but hope!

I have more memories of Resident Evil 2 than of any of the other games. Though I didn’t actually finish it until fairly recently, I remember sitting at my friends when I was about 9 or 10, and being totally blown away by the flaming Raccoon City and the Police Station overran with Zombies.

Claire is one of the two main protagonists of Resident Evil 2. A plucky young girl who has come to Raccoon city to look for her brother Chris (who is a playable character in the previous game). For the time that these were produced, the figure is quite a good representation of the in game model and an all round nice figure.

She comes with two accessories, the Colt S.A.A. revolver, and the Bow gun. Like loads of ToyBiz figures, she has a gimmick. There is a lever on her back that makes her raise her right arm, so as it looks like she is aiming her revolver. It is a fun feature but the lever is a bit unsightly, and her jacket artwork has been moved to the side which just looks a bit strange.

I’m also not overly keen on her having her left arm position. It just makes me think of the ‘success kid’ meme. But I guess it doesn’t really matter. Maybe she has just solved a puzzle and is feeling happy about it and wants to acknowledge the occasion with a fist pump.

Her Bow gun fires a projectile which is strangely tied to the weapon. I wondered if it would have been for safety reasons, but I think it had passed that time where toy manufacturers were concerned kids were going to accidentally blow someones head off with a small piece of plastic fired by a spring. Maybe it was so that the projectile didn’t get lost. I really don’t know.

Of course the real treasure in this set is the Zombie cop. Man, I love this figure.

For a kids toy, it is really gory! He is missing an eye and fingers on his left hand, he has bite marks on his cheek and his intestines are hanging out of his belly. He really looks like he has had a really shitty few days.

There is a level of humour that I love with this figure though. As he is a cop, his fondness for doughnuts has survived death and in his right hand a doughnut is firmly clenched.

This zombie cop definitely has his thinking cap on. Why do I say that? Well if you remove the cap from his head you can see that his brain is located on the underside. It’s a totally unnecessary feature, but really is so awesome! 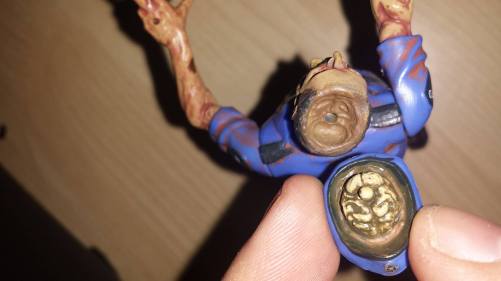 The final gimmick that this undead cop has is if you push the intestines that are protruding from his swollen gut, his legs will fall off.

With the exception of some of the bigger figures, all of the toys in the line came in packs of two. I will hopefully be looking at some more in the future as they really are awesome toys. ToyBiz really went worlds away from the damn awful Lara Croft figure that was the first Video Game action figure that they released.

We are sadly nearing the end of the countdown now! Even if you have hated everything up to this point, you are kind of obligated to see it through to the end now. Come back tomorrow or else you will be sliced up by machete wielding clown.