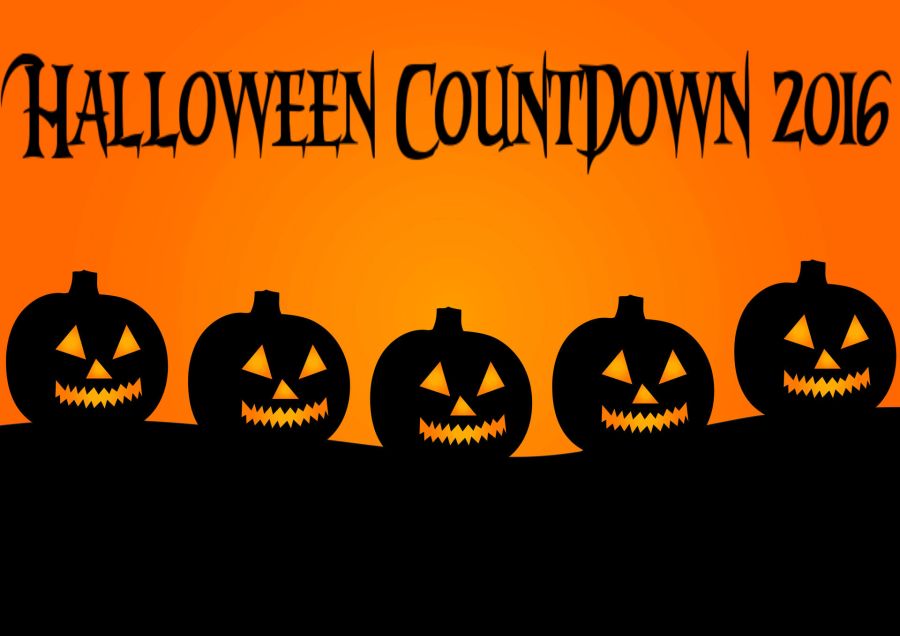 There is hella lotta Ghostbusters themed candy out this year. Probably because of the new movie out but I can’t remember a time where a movie has seemed to focus so much  on candy in the way of merchandise. I remember Star Wars episode I had everything to promote it. Star Wars chocolate, bubble bath, crisps, pepsi etc. It was everywhere. But it seems odd that there is so much of this sugary shit with Ghostbusters on it. I think one candy company managed to get the rights to release Ghostbusters themed confectionery and decided to slap a Ghostbusters logo on EVERYTHING that they make.

There probably is lots of other Ghostbusters themed stuff out this year, it’s just I haven’t seen it. Much like the new movie, I am  expecting most of it to leave an unpleasant taste in my mouth, but there is only one way to find out!

I quite like popping candy but it isn’t really something I eat. I remember as a kid there was a small chocolate bar I used to get from my local shop which had popping candy in it so it has always been something that has accompanied something else like chocolate. I’ve never really eaten it by itself.

The strawberry flavour one tastes like bubblegum that you have had in your mouth for a while that has lost its flavour somewhat. It isn’t awful, but it is cheap tasting. I dunno why, but I half expected the apple one to be sour and was thankful that it wasn’t. Again, it was cheap tasting but seeing as these were cheap, I can’t complain too much. They both pop loads in your mouth but for me it’s still weird that it’s not encased in chocolate or something. Overall, these weren’t too bad at all.

I think ‘interactive’ is a little bit of an exaggerated term for these gummy sweets. I do like food I can play with but I don’t think you can call these interactive. Taste-wise, they’re pretty good and have that generic jelly fruit flavour candy taste, kind of like Haribo or something. I don’t know why, but if you stick your nose in the bag they smell fucking foul. Like really bad. I don’t know if it’s the smell of the gelatin or what, but thankfully they don’t taste how they smell.

My camera didn’t really want to take a decent picture of the jelly ghost, but he does have some details on him to successfully make it look like the logo. I didn’t have the best luck getting him to sit in the prohibited sign. 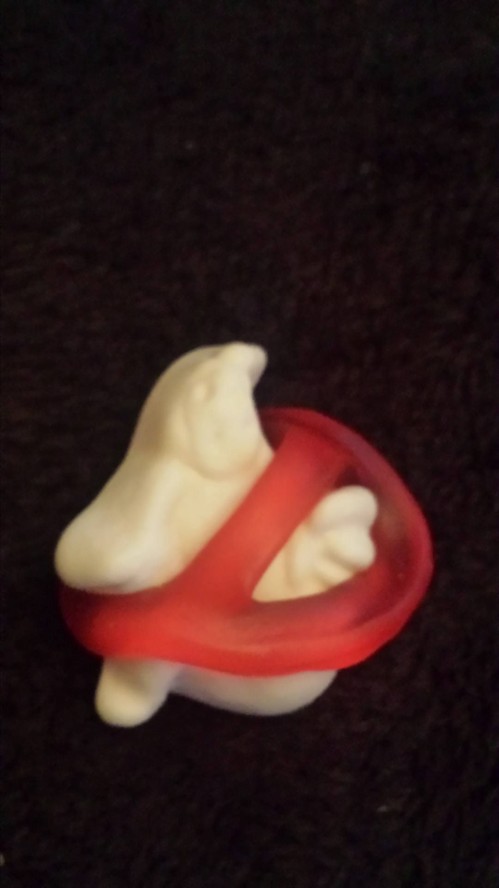 Try as I might, it just ended up looking like a fat drowning man trying to fit in an inflated life ring. But it was fairly fun I suppose. Anyway they tasted far better than I expected them to. 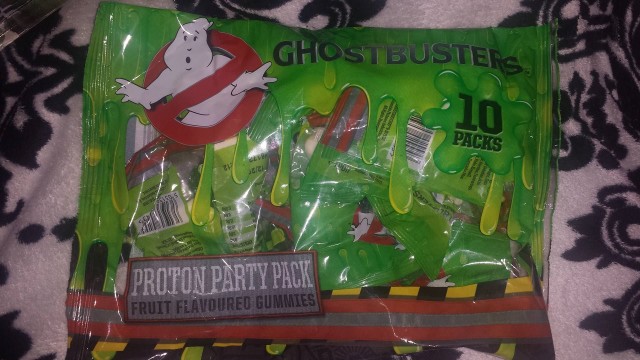 So this is a multi-pack of jelly sweets which I am guessing you purchase with the intention of  giving out to kids doing trick-or-treat. With the name ‘Proton Party Pack’ I thought it would be amusing if you could get a proton pack shaped gummy sweet inside the packet. I didn’t actually think you would be able to! 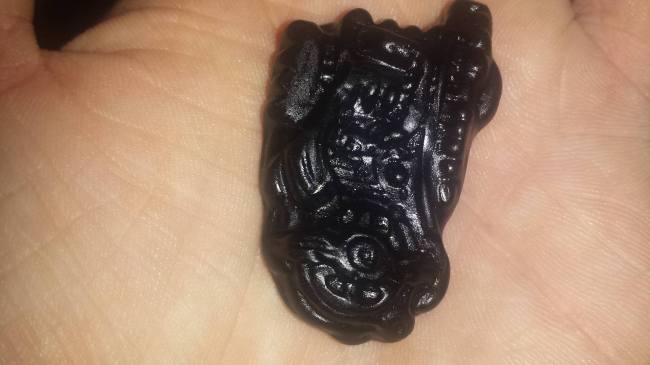 Okay so the details aren’t that great as it is just a jelly sweet, but that is definitely a proton pack, which I appreciated a whole lot. The other jellies were a slimer shape and the ghost from the ‘interactive’ jelly packet. The slimer ones tasted really apple like and were probably my favourite. I  am not the biggest fan of jelly gummy candy, but these are pretty good. Like the others, they also stink inside the packet but the smell of this lot is more like honey, so I am wondering if it’s the smell of the beeswax ingredient. If trick-or-treaters actually came to the door I would consider giving some packets of these out, but they never do so screw ’em! I will eat them myself!

I am sure every person in the UK remembers candy sticks from when they were a kid. I used to love ’em. They were always Tom & Jerry or Spider-man ones back then and often used to have a little ‘trading’ card you could cut out off the back of the packet.

These look and taste exactly the same as they did when I last ate them, probably nearly twenty years ago. The only real difference is these seem to be as hard as a rock! I remember them ‘crunching’ in my mouth, but my first bite of these and it kind of shattered and hurt my teeth, making me a little less fond of them. Still they weren’t bad, I just ate the rest of the packet a little more cautiously. It’s hard to describe the taste of them, kind of just a generic sugary taste but my nostalgia glands thoroughly approved.

Surprisingly this was the first candy in this lot I disliked. And this was fucking foul. It says on the back of it that is strawberry flavour marshmallow but what you get is this horrible bitty marshmallow that tastes almost chemically but very sweet as well. I could only managed a few bites of this before I had to dispose of it. At least it looked like Stay Puft. Not much more to say about this gross thing really.

I like the picture of Slimer on the front of this packet. He looks like he is having some sort of breakdown. The marshmallows themselves aren’t anything special really but taste a hell of a lot better than the Stay Puft  man on a stick. The marshmallows don’t look like slimer really but do look creepy, like an outline of a head but with red orbs where the eyes should be.

That shape and red/pink unblinking orbs could have given me nightmares as a kid. Moving on to the final and less scarring confectionery.

You can also get a bag of smaller ones, which would be good for cooking or putting in hot chocolates. They taste the same as the bigger ones, just generic marshmallow tasting but it’s still cool.

So that’s my trawl through some of the Ghostbusters confectionery on the shelves this year, and for the most part, I am pleasantly surprised. I really expected it all to taste like shit but it didn’t, although if I was to try and find a flaw I could say that there really isn’t that much variation, they’re mostly all marshmallow or gummy sweets. I don’t know what else you could do really, but it just kind of feels unimaginative. Most were really inexpensive, around £1.00 each so you should be able to pick them up for a good price if you have a look for them, but you could probably get the same experience from eating any bag of marshmallows or gummy candy. It just wouldn’t be ghost or proton pack shaped. And everything tastes better when it’s ghost or proton pack shaped.