1990. What a year it was! I don’t remember too much of it as I was busy being a new born baby. But I’m sure it was fantastic. 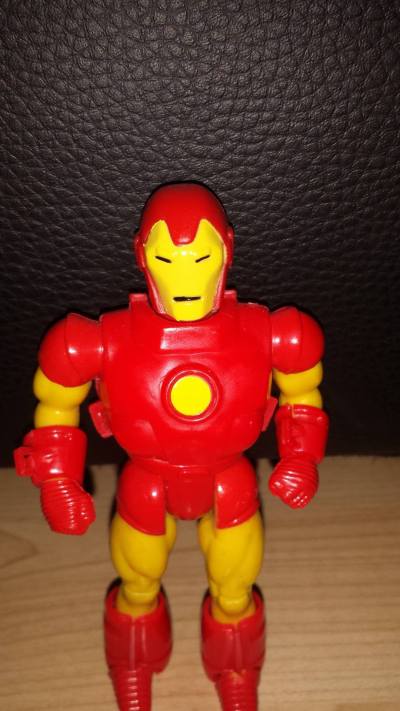 It’s Iron Man! I think it’s safe to say he is nearly as well known a superhero as Spider-man these days, ever since his on-screen portrayal by Robert Downey Jr. in 2008.

First impressions is that it doesn’t look too bad of an action figure, kinda what you would expect for a 90’s toy with limited articulation and moulding. The packaging states that he comes with “Quick change armor!” which sounds awesome. So his helmet and stuff is removable, which makes for a pretty good toy. But before I show you what he looks like underneath, could you imagine if Tony Stark was played by another actor? Someone famous from the Monty Python or Fawlty Towers comedy series? Of course I am talking about the legendary John Cleese. With some poor photo editing skills, it’s easier to picture this.

Now imagine if they decided that John Cleese should be the basis for the sculpt of Tony Stark’s face. Well Ta-dah! 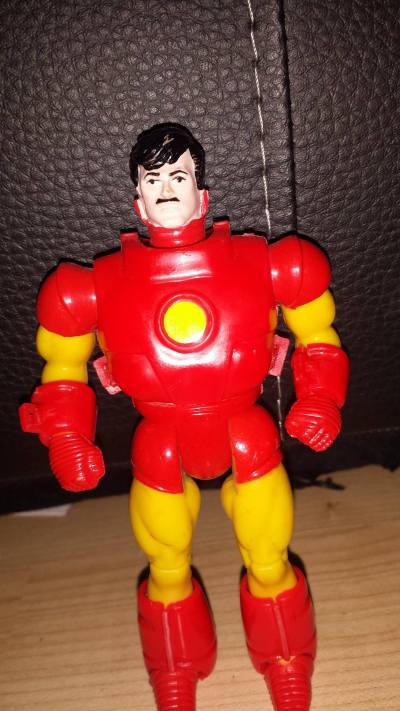 To be honest the picture really doesn’t do it justice as to how much like John Cleese he actually looks. He could easily be Tom Selleck here. But jokes aside, it’s neat that he has a removable helmet. I have always thought removable helmets were awesome on toys, like the Stormtrooper Luke Skywalker, or Princess Leia as Bouush. So this gets a thumbs up from me.

But the rest of his gear is removable as well, which is awesome. I doubt Tony is rocking a Black Sabbath shirt  like he does in the Avengers Assemble movie, but perhaps he has a smart business suit or something on underneath. Wanna see? 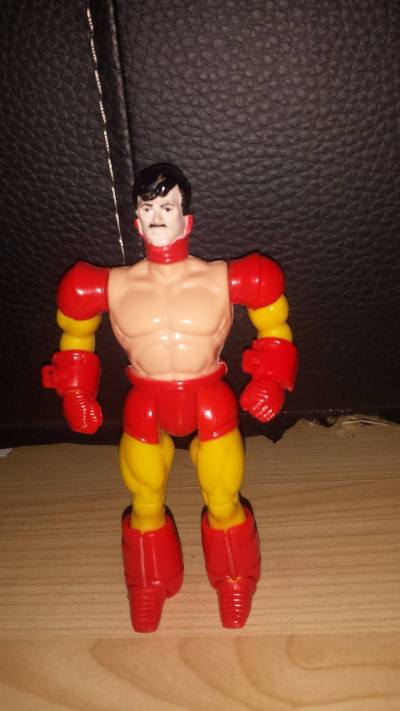 No, the bastard’s naked. He also has removable gauntlets and shin guards but I’ve seen enough here. Perhaps 90’s Tony Stark likes the chill of the cold metal against his bare skin, it’s really none of my business. But if you expect little kids to want to have adventures with you, just put some damn clothes on. It’s fucking weird!