I’ve been on a bit of a Pokémon trip of late, after we went to the cinema to see the new Pokémon movie (I Choose You). I had very mixed feelings on it. I disliked how it completely shat on existing continuity, by retelling stories from the original ’90s cartoons but replacing fan favourite characters Brock and Misty who were present in the originals with new characters no-one gave a damn about. The whole cinema was packed out by people (like me) who  were probably too old to really be going to see a Pokémon movie without being accompanied by kids, but it was unsurprising as the trailers really played on the nostalgia of the people who grew up with Pokémon. So to me, it seemed a bit shitty to change something so ingrained in so many memories like two of the main characters. The biggest “Fuck You” came in the form of the credits, where a still image of Brock and Misty was shown. Do they want us to forget Brock and Misty existed or not?

Regardless of this and despite some really cringy moments (like Pikachu talking) I still enjoyed spending an hour or so watching a cartoon on the big screen, and I also appreciated getting given  Pokémon cards as we made our way into the screening area, something that took me back to being a nine year old when I went to see Pokémon the First Movie. Time really does go too damn quick.

After having my appreciation for silly-little-cartoon-monsters-that-say-their-name-over-and-over reignited, I decided to take a look at some of the toys I owned as a kid. More specifically, some Pokémon toys that were exclusive to Europe (as far as I know), that came packaged randomly in a Pokéball along with some candy. If I remember correctly, these Pokéballs were priced at £2.99 each here in the UK, which seemed like a lot of money back in 1999, but in this day and age where blind boxed toys can cost around £8, it doesn’t seem that bad. I can’t understand how people willingly fork out anything over a fiver, not knowing exactly what they are even paying for. But in 1999, £2.99 got you this: 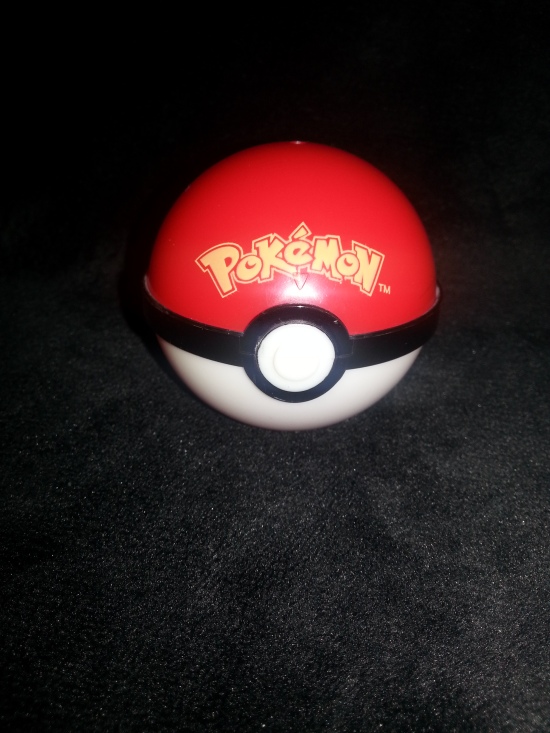 Being a little smaller than a tennis ball, the Pokéball looks pretty much how it does in the TV show, aside from having the Pokémon logo emblazoned on the front of it. It does the job though and I’d take a Pokéball over a little cardboard box or a  packet any day. So here’s what’s inside. 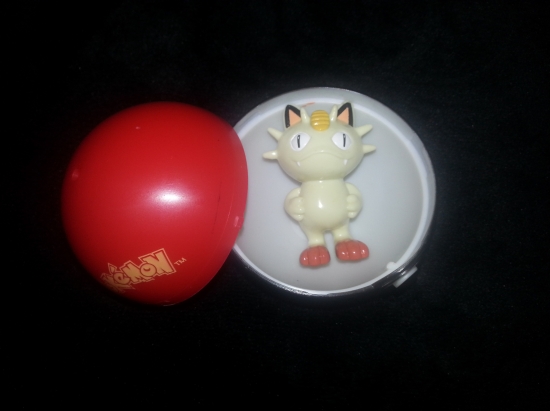 The most important thing about about the Pokéballs  were obviously the Pokémon inside and not the accompanying candy. I don’t even remember what the candy was like as it was so long ago, but I have fond memories of playing with the figures, and these are the ones I owned. Psyduck, Charmeleon, Squirtle, Meowth, Bulbasaur, Charmander, Vulpix and Pikachu. 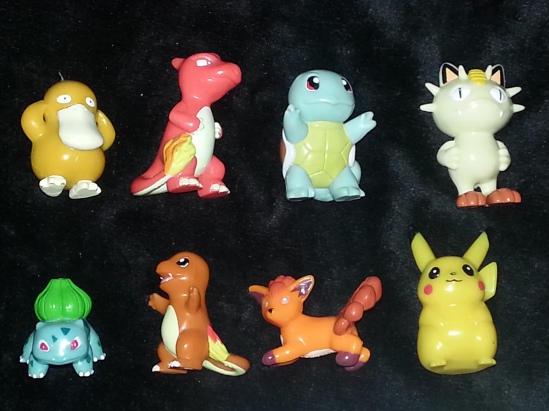 The internet says there were a couple of others in the set like Mewtwo, Charizard and Blastoise, but I don’t recall any of my friends owning them, and we all bought these toys, so I’m wondering if these perhaps came out a little later when our local shop had stopped stocking these.

Being made by Topps, (the company known for trading cards) the quality of the figures aren’t quite as good as the more well toys made by Tomy. They look a little shinier and feel a little cheaper than the Tomy figures. These Topps toys also look like they are based on the animated series whereas the Tomy ones look like they are based on the original watercolour designs by Ken Sugimori found in the Pokémon Red and Blue game manuals (fans of Pokémon should go and check out his art, it’s pretty awesome). Anyway, here are some of the Topps figures stood next to the Tomy versions. As you can see they look pretty different in terms of style and scale, but not so different that you couldn’t make ’em battle each other and stuff. 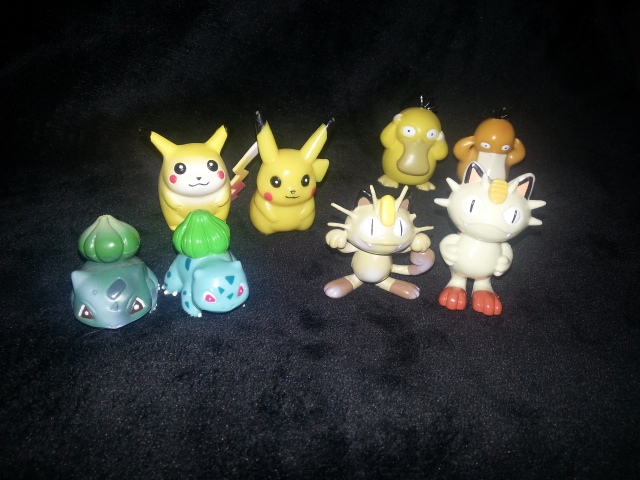 I think I’ve said all there is to say about these Topps Pokémon toys anyway. I had a whole load of fun playing with them when I was setting them up to take pictures of them, and it really took me back, and despite how irate I get when I discover what plastic treasures that other countries got in their cereals and stuff, I have to acknowledge that we did get some pretty neat things that the rest of the world unfortunately didn’t, and these Pokémon toys are definitely one of them.

Mystery Pokémon toys like this are still being made today, still accompanying candy inside a Pokéball, though they are obviously from more recent generations of Pokémon, of which I am very unfamiliar. But if you like more recent Pokémon, cheap candy and mystery figures, you should probably keep an eye out for them as I don’t think they are too expensive though probably are a little more so than the £2.99 I (or my parents) had to pay for each of these.

Pokémon will make an appearance on here again in the future, though I’m not sure in what form yet. If you’d like to see more retro or nostalgic things, you can like The Forgotten Starship on Facebook, and be updated when I actually get off my lazy ass and do some more posts. 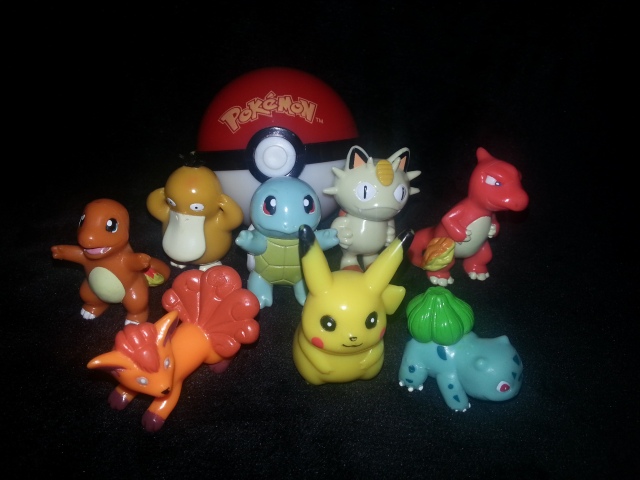 One thought on “A ‘Pokémon the Movie: I Choose You’ Rant and European Exclusive Pokémon Candy Figures from the ’90s!”