Remember when you could buy  a chocolate bar in the ’90s and could get a  free Super Mario toy inside the packaging? I sure as hell don’t but wish I did. 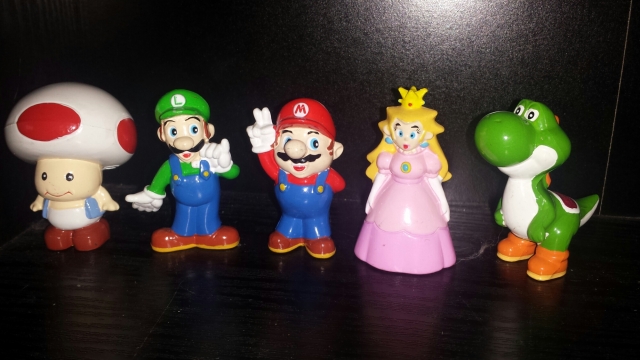 There isn’t much information online about these little figures, but I think they were only available in Germany in 1994, the year after Super Mario All-Stars was released for the SNES. They were packaged in a kind of blind box with a mini chocolate Mars bar, and there were only five in the set. Nowadays you can find Mario toys everywhere but back then there hadn’t been a great deal of video game merchandise at all. They don’t really hold up when compared to Mario figures of today but they are still fun little figures, and feel quite hollow but sturdy at the same time. 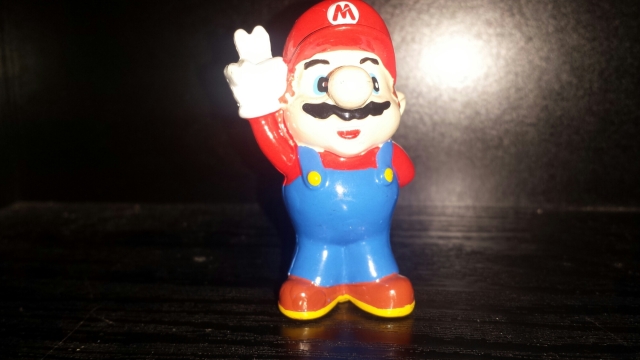 Mario looks a bit squishy but is still very obviously Mario. I ‘m not overly keen on his pose, though it does look like one he pulls in the artwork of Super Mario Bros. 2. 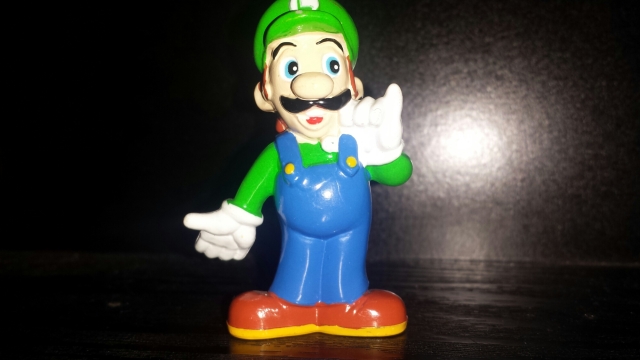 Luigi is doing an odd pose stretching his suspenders. It might be from artwork at the time, but I don’t recall it. Maybe he is about to strip and is teasing, but don’t really want to know. He stands a little taller than Mario, as is to be expected really. 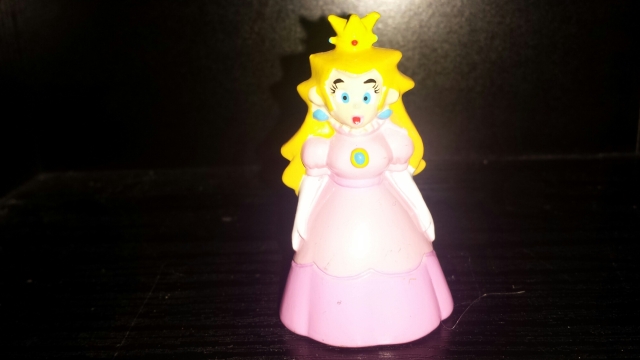 Princess Peach (or Toadstool) has a surprised look on her face as though she has misunderstood Mario mentioning ‘ballcocks’ and ‘cleaning the pipes out’ or some other plumbing term. 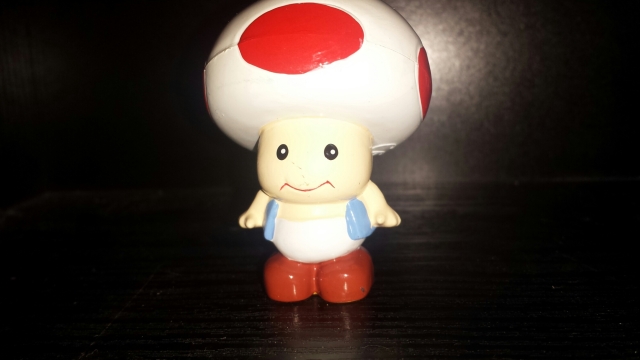 Toad looks like he has licked his own head and is still on a bit of  trip. He looks far less happy than he usually does in the games, so I am assuming it’s not a good trip. Or maybe he just watched the Super Mario Bros movie. 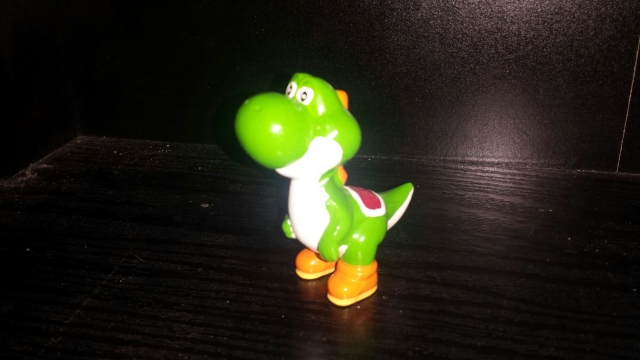 Yoshi is my favourite out of the lot. He doesn’t look as cartoonish as he does in game or in the artwork, but still looks like Yoshi. He has a chunky green nose that I would have liked to have bitten as kid.

So there we go, that was the whole set. They are a bit cheap and squishy faced looking but I really like them. You don’t get anything near as fun as a free gift in confectionery these days. I won’t even get started on the crap things that Kinder Surprise eggs these days, (their recent Star Wars toys were tragic, but that might be a post for another day).

I will probably be having a look at the Donkey Kong promotional cereal figures in the near future so if you liked seeing this post on some obscure old Nintendo toys, keep an eye out for that.